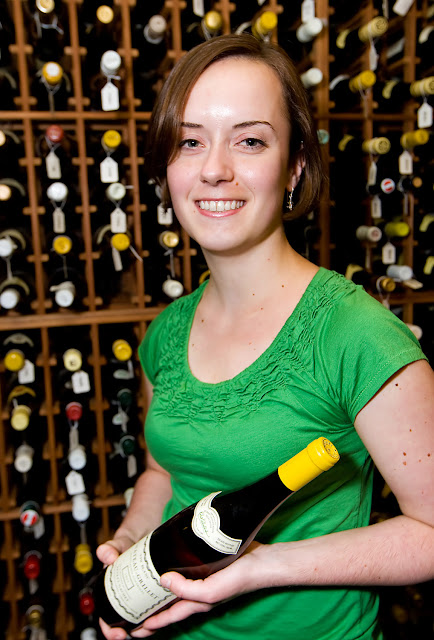 “We take a great amount of pride in ensuring employee satisfaction,” said Wild Ginger Owner Rick Yoder. “It’s very important that each and every team member—from dishwashers to general managers—share in the enthusiasm and inspiration in the career path Wild Ginger provides. Mat and Cortney are a wonderful example of individuals who share a passion for the industry—something we hope is evident in every aspect of our customer experience.”
Hayward joined Wild Ginger in 2010 as manager of the Seattle restaurant and quickly worked his way up the ranks. He transferred to Bellevue as assistant general manager in November of 2011 and was soon promoted to general manager. Hayward grew up in the Pacific Northwest restaurant industry. At 15 he was washing dishes and by 25 he was the general manager at McGrath’s Fish House, where he worked more than 20 years opening numerous restaurants up the I-5 corridor starting in Eugene, Oregon, and landing at his home in the Seattle area.
Lease began her career with Wild Ginger and The Triple Door for the first time as server in 2004 while attending the University of Washington. She began her current tenure at Wild Ginger as cellar master in 2007. She also worked her way up the ladder, most recently holding the position of wine director for Wild Ginger Seattle and The Triple Door. During her time with the company, Wild Ginger Seattle was awarded the Grand Award by Wine Spectator in 2009, 2010 and 2011, along with Wine Enthusiast’s Award of Ultimate Distinction and the Washington Wine Commission’s Grand Award for all three restaurants.
Cortney graduated from the University of Washington with a degree in chemistry and a minor in dance. She began her wine career upon moving to Cambridge, England, in 2005, with a job as a wine advisor at Odd Bins. Cortney has been studying for the Court of Master Sommeliers examinations. Passing both the Introductory and Certified exams, she was selected for a tour of Australia through the Court and Wines of Australia in 2011. Currently, Cortney is planning to sit for the Advanced exam in 2012, and desires to one day combine her love for wine and her degree in Chemistry to make her own wine.
Wild Ginger—Bellevue and Seattle, Wash.
Wild Ginger Asian Restaurant and Satay Bar is the Seattle area’s premier Asian restaurant, rooted in the time-honored customs and cultures of the East. With two locations in Seattle and Bellevue, Wild Ginger offers an experience for the senses in a delightful, vibrant and inspiring space. Wild Ginger features fiercely authentic and traditional Asian dishes spanning the eastern Pacific Rim from China to Indonesia, and Malaysia to Vietnam. Chefs insist on house-made ingredients, cracking coconuts to make coconut milk, grinding spices for curries, blending spicy chili sambals and cooking fresh oysters to bottle pungent oyster sauce—all from scratch. For more information, visit www.wildginger.net.
The Triple Door
Located in downtown Seattle, across from Benaroya Hall, The Triple Door combines world-class entertainment with the award-winning food and wine of Wild Ginger. The Mainstage Theater features touring national acts and the Musicquarium lounge, named for its stunning 1,900-gallon freshwater aquarium, pairing the sounds of up-and-coming artists from around the country with one of the city’s most popular happy hours. For more information and a schedule of upcoming events call 206-838-4333 or visit www.thetripledoor.net.