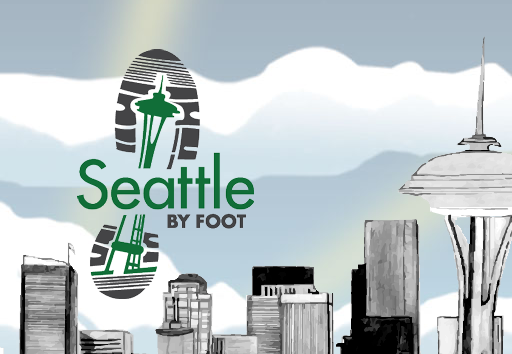 Seattle is known for amazing coffee and the great outdoors, so why not combine the two.  One tour group that stuck out to us is the Seattle by Foot.  Tours range from their Coffee Crawl, City Tour, Pub Crawl and the Funky Fremont.  The Coffee Crawl is their signature tour where guests meet their guide 10 minutes early under the neon coffee mug where the adventure begins.  The crawl lasts 2 hours where you learn about the history and the mystery of Seattle’s obsession with coffee.
Fact: Seattle is home to the world’s largest concentration of coffee roasters (more than 70); it’s the birthplace of the world’s dominant purveyor of coffee drinks; it’s also the place where Niles and Frasier sipped their half-caf soy lattes.
Featured in: Seattle Magazine, LA Times, Highlighted in Marie Claire
Book a tour here: Seattle by Foot