Grand prize is dining for two at all Tom Douglas restaurants worth $1,000
SEATTLE (January 20, 2012) – Savor Seattle is asking Seattleites to put their brains to the test for a chance to win the grand prize of a culinary tour for two through every Tom Douglas restaurant, a $1,000 value.  On February 1, 2012, Savor Seattle will kick off a city-wide hunt lasting the entire month. Puzzles/clues will be sent out daily via the @SavorSeattle Twitter account and the Savor Seattle Facebook page.

The first person or team to correctly solve that day’s puzzle wins gift cards for some of the best foodie havens in town.  However, unique to this particular hunt is that everyone is a winner, as Savor Seattle partners have created special freebies and discounts to be distributed to all food hunt participants that day only. 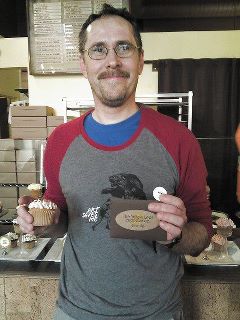 “We wanted to make it worthwhile for all participants to brave Seattle’s February weather for our hunt,” said Angela Shen, founder, Savor Seattle. “Our partners have gone above and beyond and will offer everyone who solves the daily puzzles correctly something special.”

About Savor Seattle:
Savor Seattle offers original, guided culinary walking tours and dining events around Seattle that focus on tasting fresh, local, organic, sustainable and seasonal foods and beverages. Founded by Angela Shen in 2007, Savor Seattle offers:  Pike Place Market Tours, Gourmet Downtown Seattle Tours, Chocolate Indulgence Tours, Hip on the Hill Tours, and evening Dine & Dash progressive dinners.  Each event offers 15 plus tastings at multiple specialty food shops, artisans and neighborhood restaurants. Each event highlights the vibrant stories of the people and places that make Seattle one of the most distinctive culinary and cultural centers of the world.  In June 2011, Savor Seattle launched its first adventure outside the Seattle metropolitan area: the Gourmet Kayaking Expedition in the San Juan Islands.  For more information about Savor Seattle or to book an event, please visit www.savorseattle.com