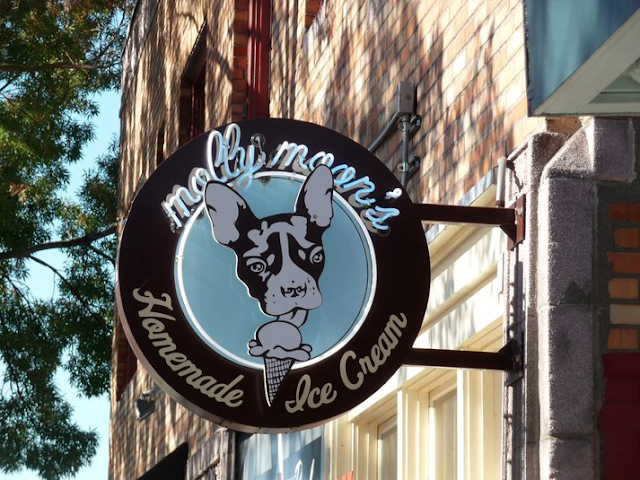 SEATTLE, WA – Wednesday, Feb. 8, 2011 – Molly Moon Neitzel, owner and founder of Seattle-based Molly Moon’s Homemade Ice Cream is no stranger to politics. Neitzel fronted the political nonprofit Music for America from 2003 to 2007, managed King County Executive Dow Constantine’s county council campaign in 2007 while writing her business plan for her first ice cream shop, and is an active member of the Main Street Alliance of Washington, a network of progressive small business owners.
Neitzel, along with other Seattle business owners, has been invited to participate at the White House tomorrow in a closed press conversation on jobs, the economy, and opportunities in which the Administration and the Seattle Business Community can work better together. 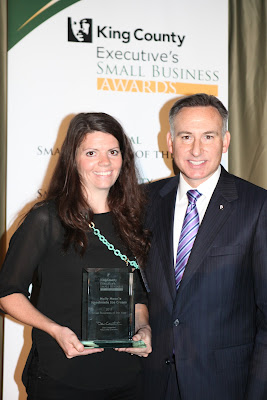 The specific purpose of Thursday’s forum is to solicit input and perspective from Seattle-area business and civic leaders on employment, the economy and job creation. Senior Administration officials will provide an overview of current efforts to spur economic growth and Administration priorities. The morning will cover a range of topics as they relate to the Seattle business community and the economy.
“I am honored to be invited and give input in this important conversation about jobs in our state,” Neitzel said. “One of the greatest joys of owning my own business is the ability to create nearly 20 jobs each time I open a new ice cream shop. I am excited to hear the Administration’s thoughts on job creation, and more specifically how they plan to continue to invest in our communities by keeping funding for jobs in education, first responders, and health care – all of which are critical positions that keep our local economy alive.”
Neitzel will also stress to Administration officials the importance of health care tax credits and how these should be offered more to businesses like Molly Moon’s, which pays 100% of the health care premiums for their employees, including those who work part time.
Since April 2011, the White House Business Council has held over 500 meetings with business and civic leaders in all 50 states, Washington DC and Puerto Rico. The purpose has been to receive feedback on what the Administration can be doing to support job creation, and to make local business leaders aware of the Administration programs and resources that can help their local economies grow and succeed.
About Molly Moon’s Homemade Ice Cream
Molly Moon’s Homemade Ice Cream was recognized in 2011 as one of Seattle Business magazine’s 100 Best Companies in Washington to Work For, and as one of the Top 25 Ice Cream Spots in the U.S. by Food & Wine and Travel + Leisure magazines. A leader in the city’s efforts to create the paid sick leave act for small businesses, Seattle’s favorite ice cream boutique proudly created 30 jobs in 2011 and generously offers employees who work a minimum of 25 hours per week a paid-in-full medical benefits package. Neitzel’s inspirational leadership earned her one of the coveted spots on the Puget Sound Business Journal’s 2011 40 Under 40 list, and Molly Moon’s Homemade Ice Cream was honored as the 2011 King County Executive’s Small Business of the Year.