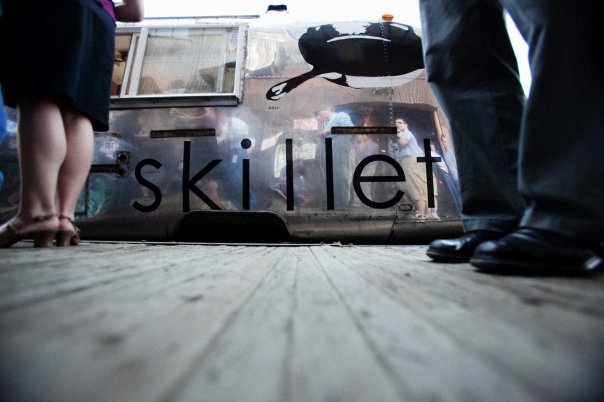 Available until it’s not.
WHEN: Two ways to taste – Thursday March 9, 2012
WHERE: Skillet Diner – 5pm; Skillet Street Food – 11-2pm
About Skillet: In 2007, Chef Josh Henderson created Skillet Street Food in Seattle, one of the ﬁrst experiences in the national street food movement that has swept the country. Out of avintage Airstream trailer, he developed innovative lunch menus based on American-inspired food prepared with classic technique and seasonal ingredients. The receptionfrom Seattleites was immediate and passionate. Today, Skillet Street Food is still servedthroughout the community, but Skillet has become much more: a thriving cateringenterprise, a brick- and-mortar restaurant on Capitol Hill, and a food products business— distributing its signature Bacon Jam product through retailers across the US and Canada.
Skillet Street Food
View Larger Map