BELLEVUE, WA – On Monday, March 19th, Evolution Fresh, a company recently acquired by Starbucks, opened its pilot store at The Lodge at Bellevue Square (Bellevue, WA). “Evolution Fresh, started by Naked Juice founder Jimmy Rosenberg, is one of the few larger juice companies that still cracks, peels, presses, and squeezes its own fruits and vegetables rather than using pureed or powdered”. There’s been a lot of buzz. The world’s biggest coffee company opens a juice bar.

With a polished, but rustic wood sign, the inside of the store is modern, bright, and simply decorated. According to their website, their juices are processed under High Pressure Processing (HPP) which means they are bottled cold, keeping the juices “alive with nutrients and vitamins”.

Their bottled juices range from “spicy lemonade” to greens flavors, coconut juices, and other fresh combinations of fruits and vegetables. Walking up to store, my eyes were immediately drawn to the bright colors dancing across the screens. The store feels spacious and open. When we got to the front of the line, we encountered a “Push for Menu” button. How fun! Who could resist? We pressed the button and the menu appeared across the screens. There are a handful of fresh juices, fruit juices, and smoothies. So many options! 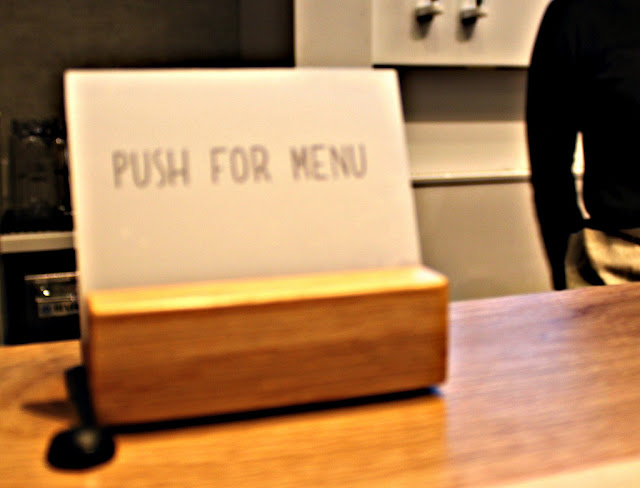 We decided on a “Bit a green” which consists of cucumber, greens, ginger, and apple and the “Smooth Blue” which is a blended drink with pineapple juice, mangoes, blueberries, and pineapple $7.99 for the former and $6.99 for the later, this stuff isn’t cheap. The greens drink tastes and looks exactly how it sounds — GREEN and straight from the Earth. The smoothie, on the other hand, was delightfully tasty with just the right balance of sweet and tart. I really wanted to steal the smoothie. Both, however, made me feel very healthy.

I think this store is going to be a success, especially for the Bellevue crowd who is concerned with health and wellbeing and is willing to pay the price for it. It’s definitely worth checking out!

Contributing Writer
Whether it’s eating, taking pictures, or cooking, Jenni Liu has always had a passion for food. Her days are spent in an office, her nights baking up a sugar storm for her online business (Jenni’s Sugar Shop). As a Bellevue native, she was seeking a place to share her foodventures in the city. She is excited to join the team!