TACOMA, WA – Cham’s Korean BBQ Buffet. Unlike traditional American BBQ, Korean BBQ is unique because you cook your own meat at your table. Each table is set up with a grill and vent and generally, one or two people at each table cook the meat. Cham’s is a charming family-owned restaurant in an unassuming strip mall off exit 127 on I-5.

I live in Bellevue, but I still managed to convince 10 of my friends to carpool down to eat here. What was the occasion? To eat good Korean BBQ. It was worth the nearly 100-mile round trip. 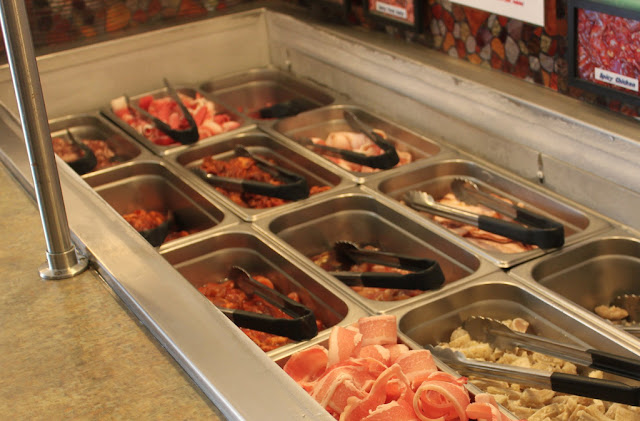 The weekend lunch rate of 16.99 buys you AYCE (all-you-can-eat) banchan, rice, soup, Korean side dishes that range from pickled cucumbers and kimchi to japchae (Korean noodles) and fish cakes, and, the best part: AYCE meat, including several cuts of pork, beef, and chicken. The banchan is made fresh in-house and there is more variety than many other restaurants. Not only is the meat high quality for a buffet, is it just hands down quality meat. As I was eating, I was pleasantly surprised by the tenderness and flavor of the meat. After 5 trips to the buffet, we were well beyond fullness, but fully satisfied.

The service is stellar, the food is yummy, and the overall experience is one-of-a-kind. Out of all the Korean BBQ places I’ve been to, Cham’s is one of the best. Just make sure to wear clothes that you won’t mind smelling like BBQ for days 🙂
10518 South Tacoma Way
Lakewood, WA 98499
Contributing Writer

Whether it’s eating, taking pictures, or cooking, Jenni Liu has always had a passion for food. Her days are spent in an office, her nights baking up a sugar storm for her online business (Jenni’s Sugar Shop). As a Bellevue native, she was seeking a place to share her foodventures in the city. She is excited to join the team!