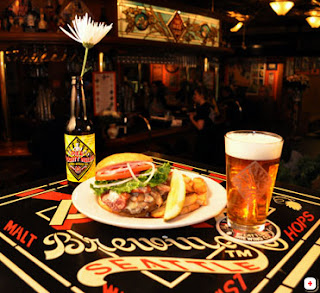 SEATTLE, WA – John Howie’s Sport Restaurant & Bar, located in the shadow of the Space Needle, is kicking off its 2012 Brew Master Dinner Series with a paired 5-course dinner featuring the beers of Pike Place Brewing Company, on Tuesday, May 22nd at 6pm.