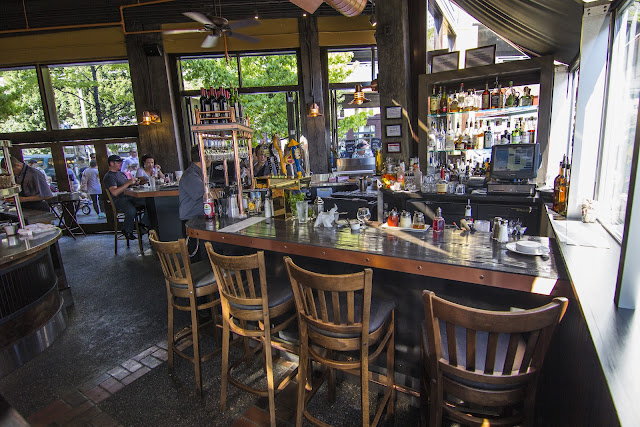 SEATTLE – Consolidated Restaurants Inc. is bringing an innovative dining experience to the Seattle waterfront with Elliott’s Seafood Café. Designed as an energetic sidewalk oyster bar, the new Café offers a casual complement to Elliott’s Oyster House.
Opening this summer, Elliott’s Seafood Cafe will feature the outdoor oyster bar where guests can sit or stand, a full service bar with wine and cocktails, happy hour offerings and a menu of casual and fun seafood dishes with table service available all day.  There will also be take-out availability  and retail items for sale.

The restaurant’s  interior will feature copper and wood with a “warm pier look.” Outside, guests will also enjoy patio dining with a view of waterfront boating activity.

“Elliott’s Seafood Café brings a new look and culinary offering to the Seattle waterfront neighborhood. We’re especially eager to introduce the outside oyster bar, which we believe is a first of its kind in Seattle for guests to enjoy the freshest, local seafood at the peak of the season,” said Robert Spaulding, Executive Chef at Elliott’s Oyster House, who will oversee the Elliott’s Seafood Café kitchen as well.


In 2011, Consolidated Restaurants celebrated 60 years as the premier restaurant group in the Pacific Northwest. Mr. Cohn’s son, Ron, who took over the reins in the early 1980s, continues the tradition of operating Seattle’s landmark restaurants as well as honoring the company’s long-held commitment to the community. For more information, please visit http://www.consolidatedrestaurants.com.