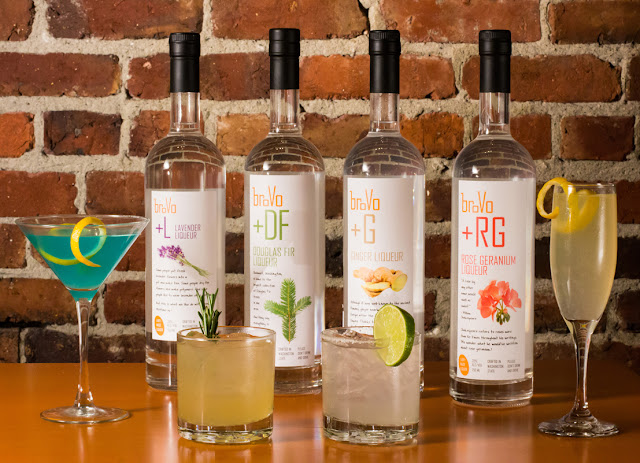 Queen Anne— Get ready for a high energy election night on November 6 at the 5 Spot on Queen Anne (hot funky local restaurant) with broVo Spirits (new local craft distiller.)  With the creation of a cocktail election, guests have been issuing their votes for their favored party since the first debate on October 3. Guests simply order cocktails geared to Republicans and Democrats (all made with broVo Spirits) and cast their vote for their party of choice. Chow Foods (5 Spot parent company) is donating a $1 from each drink sold to Rock the Vote, an organization committed to maximizing voter registration.

Votes are being tallied through the cocktail selections as well as through a front door promotion. Enter either through the front door painted red or blue and your vote is cast.

Give Mitt a Chance
So far, the Blue Door has been most used putting the Democrats in the lead. Therefore, we thought we’d handicap this race a bit so we’re locking the blue door all day on Friday!

Election Night/Specialty Menu
Please find a specialty menu attached and do note that after the polls close on November 6th we’re knocking the prices down on the broVo election cocktails to just a 5 spot each.

5 Spot will be Party Central on Election Night. Highlights for the evening include: a big screen TV inside the restaurant as well as a 12’ wide x 9’ tall big screen mounted on the roof to keep our neighborhood & passersby in the know about the election results. The regular menu + a special appetizer menu for those with an appetite, party favors, drawings for gift cards and a celebrity guest that will be panhandling to keep PBS operating if we as a nation end up seeing red.