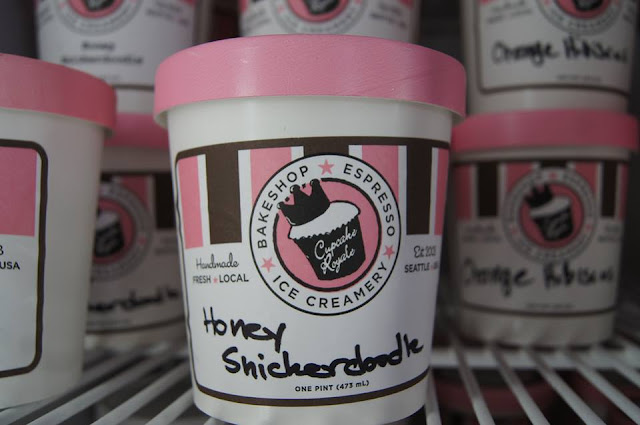 Seattle, WA – The farmers markets will soon be opening and with great anticipation, we await the bounty ahead, from fresh strawberries to sweet raspberries to tangy rhubarb. Cupcake Royale will be unloading the freshest of these fruits and whipping up cupcakes for their June menu to delight one and all, along with some other special flavors that will no-doubt be crowd-pleasers.

“This is quite possibly one of our favorite times of the year,” said Cupcake Royale founder Jody Hall. “When fruit is at its finest and we can incorporate into our cupcakes and make the most of the flavors.”

Start the month off with the Strawberry 66. A rich vanilla bean butter cake swirled with juicy local strawberry buttercream. This little cake is made with 66 percent local ingredients, including hand-picked strawberries from Skagit Sun.

We haven’t had enough of this beautiful fruit yet. Try the Strawberry Rhubarb. It starts with a vanilla cupcake, add a tangy rhubarb vanilla bean compote, toss some homemade streusel on top and bake to perfection! If that wasn’t enough, they add a generous swirl of fresh strawberry rhubarb buttercream and sprinkle with more crunchy streusel!

Moving on to another beautiful fruit that deserves its own cupcake. Raspberry Lemonade – this delicious cupcake is made with local and fresh Skagit Sun raspberries folded into a vanilla bean cupcake topped with freshly squeezed lemon buttercream. So refreshing you could almost stick a straw in it.

It’s as if Grandma were in the kitchen. The Honey Snickerdoodle. This vanilla cupcake is swirled with cinnamon and dredged with sugar cinnamon and baked to perfection. All this goodness frosted with a light rich Northwest honey buttercream topped with housemade snickerdoodle cookie crumbs.

For a limited time only, from June 14 through Father’s Day, Sunday June 19, The Stash, will make an appearance at all Cupcake Royale cafes. Models needed- Forget the Milk mustache- what’s hot is the cupcake mustache! We want to give all the Dads in Seattle a very special treat our award winning chocolate cake generously swirled with salted caramel buttercream, sprinkled with sea salt we call this bad boy- the stash. Our famous Cupcake adorned with a mustache – Obama approved!

Last, but most definitely not least, The Gay is back and as bold as ever as the Cupcake of the Month. Cupcake Royale has taken Plain Jane shopping for a new outfit! Nothing plain about the GAY! The vanilla cupcake is sprinkled with rainbow goodness and kissed with some rich vanilla buttercream. Of course, it is crowned with a rainbow!