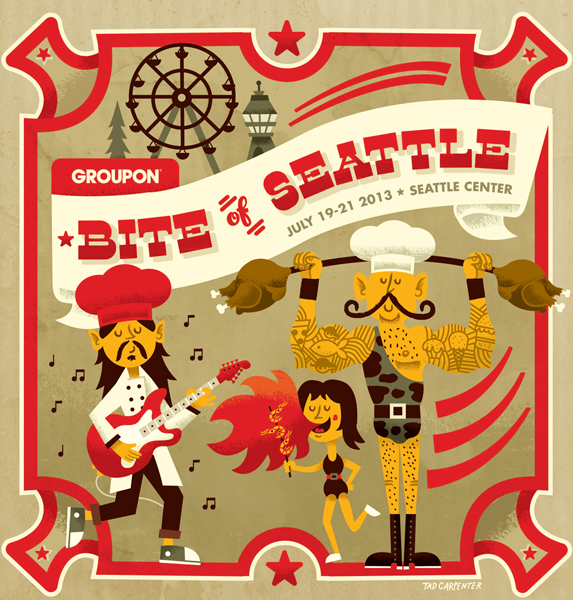 The partnership of Groupon and Bite of Seattle is a natural one, as both companies strive to provide opportunities for the community to experience the area’s dining and entertainment options in an affordable way.

“As evidenced by the awesome restaurant and food deals featured daily on Groupon, we really love food,” said Rob Kilgarriff, vice president and general manager of North American Sales for Groupon. “We’re very excited about our three year commitment to celebrate the amazing food, restaurants and culinary talent of the Seattle area, and we’re delighted the festival supports the great work being done by Food Lifeline to give more people in Western Washington better access to nutritious food.”

The Bite of Seattle was created in 1982, during a recession, to encourage the community to continue dining out. In the spirit of the original intent of the festival, Bite of Seattle and Groupon have created Groupon Bite of Seattle Month, which will take place in July of this year. Groupon will offer deals from a variety of Seattle-area restaurants for reduced-price dining and special menus. While not all restaurants featured are participating in the 2013 Bite, the purpose of Groupon Bite of Seattle Month is to promote dining out in Seattle in general. The promotion will launch in mid-June with Groupon deals for purchase, and vouchers can be redeemed in the month of July. To celebrate the launch of Bite Month, Groupon will donate $25,000 to the Bite’s primary charity recipient, Food Lifeline.

This year’s Groupon Bite of Seattle takes place July 19-21 at Seattle Center and features over 60 restaurants, nine entertainment stages, live cooking demonstrations, a craft beer tasting, a Washington wine tasting and much more. Admission is free. For more information on the event, click on http://www.biteofseattle.com.