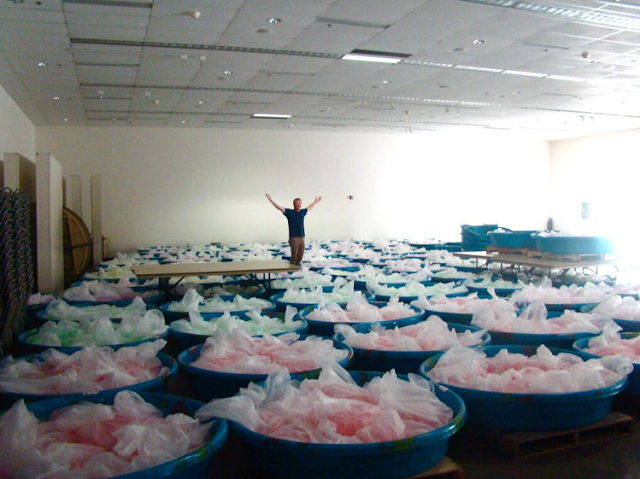 Join 12,000 friends and 300,000 water ballons to help set a new Guinness World Records for the largest water balloon fight!  The current record is held by the University of Kentucky in 2011 with 8,957 participants, and 175,141 water balloons.

Party Camp will celebrate everything they love about summer and raise money to send kids from Children’s Hospital to summer camp. The day will consist of summer camp activities, a massive beer garden, multitude of food trucks, live musical performances and headline with an official Guinness World Record attempt for the world’s largest water balloon fight.

“The Guinness World Record protocol is everyone must throw at least one water balloon within a 90 second period, but with 300,000 water balloons, we think the water balloon battle will last 10 to 12 minutes,” says Neil Bergquist, the director of the event, called Party Camp.

1. All participants must be at least 14 years old and present photo ID.
2. Do not bring water balloons, propulsion devices or lawn furniture.
3. No head shots. If you have bad aim, aim lower.
4. Make at least one new best friend.
5. Be safe and have fun! Camp counselors will be on patrol.

The balloon fight starts at 4 p.m. and registration is $25. Party Camp features not only all the water fun, but also a beer garden and live music. Get 50% with this Living Social deal.

Proceeds from the event go to send kids from Seattle Children’s Hospital to summer camp.