Over 7,000 websites throughout the United States launched a public protest today against the Stop Online Piracy Act (SOPA) & Protect IP Act (PIPA), two US bills racing through Congress that threaten “prosperity, online security, and freedom of expression.” Millions of people have put the internet aside today to support the movement. Major companies such as Google, Wikipedia, Mozilla, Twitpic, ICanHazCheezburger.com along with many others have put a stand in the U.S. law as it will censor the Internet and slow economic growth in the U.S.
What is SOPA?

“The Stop Online Piracy Act (SOPA), also known as House Bill 3261 or H.R. 3261, is a bill that was introduced in the United States House of Representatives on October 26, 2011, by House Judiciary Committee Chair Representative Lamar S. Smith (R-TX) and a bipartisan group of 12 initial co-sponsors. The bill, if made law, would expand the ability of U.S. law enforcement and copyright holders to fight online trafficking in copyrighted intellectual property and counterfeit goods. Presented to the House Judiciary Committee, it builds on the similar PRO-IP Act of 2008 and the corresponding Senate bill, the PROTECT IP Act.” – Wikipedia

“The PROTECT IP Act (Preventing Real Online Threats to Economic Creativity and Theft of Intellectual Property Act of 2011 or PIPA), also known as Senate Bill 968 or S. 968, is a proposed law with the stated goal of giving the US government and copyright holders additional tools to curb access to “rogue websites dedicated to infringing or counterfeit goods”, especially those registered outside the U.S. The bill was introduced on May 12, 2011, by Senator Patrick Leahy (D-VT) and 11 bipartisan co-sponsors. The Congressional Budget Office estimated that implementation of the bill would cost the federal government $47 million through 2016, to cover enforcement costs and the hiring and training of 22 new special agents and 26 support staff.[3] The Senate Judiciary Committee passed the bill, but Senator Ron Wyden (D-OR) placed a hold on it.” – Wikipedia

Here is a list of popular websites that are saying ‘NO’ to SOPA: 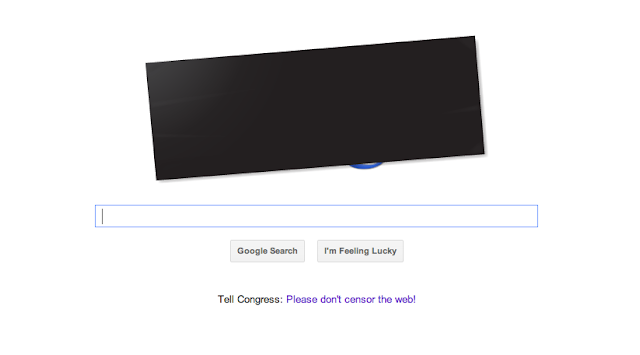 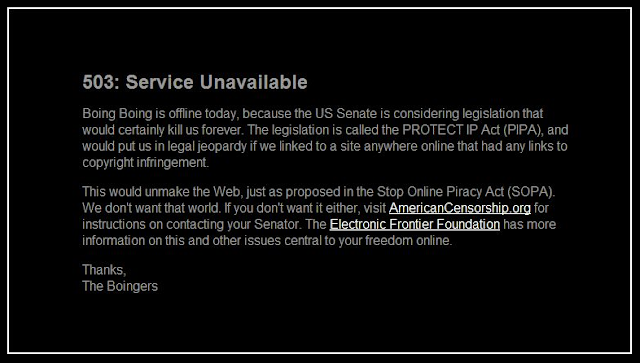 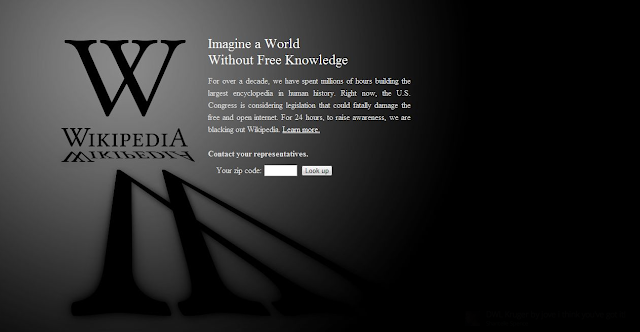 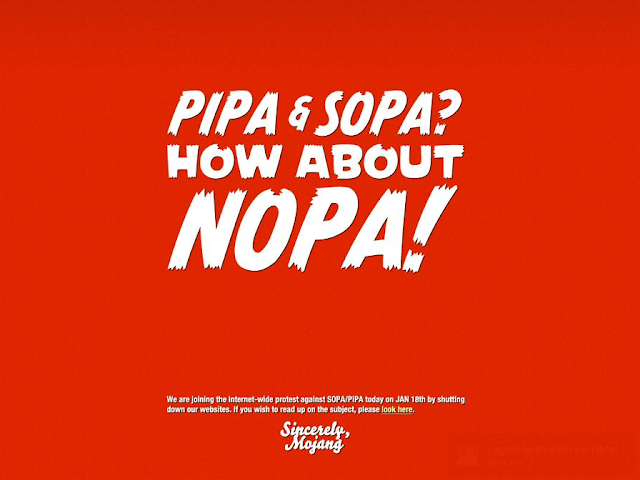 I Can Haz Cheezburger
http://icanhascheezburger.com 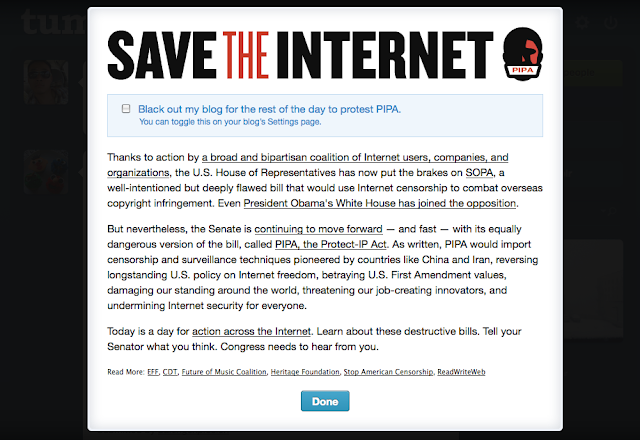 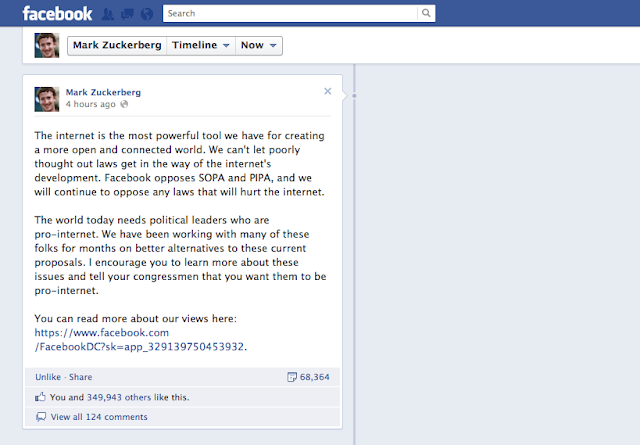 There are many ways you can help stop SOPA & PIPA from passing. One way is to go to Google’s homepage and click the “Tell Congress: Please don’t censor the web!” or visit AmericanCensorship.org for instructions on contacting your Senator. The Electronic Frontier Foundation has more information on this and other issues central to your freedom online.