Win big at BINGO while supporting your local charity
Seattle, Washington – SPORT Restaurant & Bar has started a “sport” of its own –  Blackout Bingo – where the winnings are big, benefiting not only the player but also the charity of their choice. For every completed Bingo card, SPORT will donate $25 to the participant’s choice from among The Moyer Foundation, Northwest Harvest or Pediatric Cancer Care at Seattle Children’s Hospital.

Simply “like” SPORT on Facebook and then come in to fill out an entry form.  Each completed form allows a participant to be entered in weekly and big prize monthly drawings.  Two $50 gift certificates will be given away every seven days:  one drawn from the entry forms and the other from a weekly pool of anyone who comes into SPORT and posts a photo of themselves on the restaurant’s Facebook page. 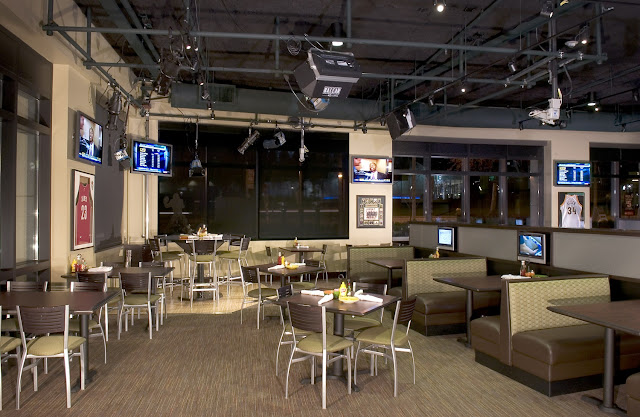 PRIZES
Through April 17: $50 gift certificate given away weekly.
February 10th: $200 Valentine’s Day Dinner for two (2) at Seastar Restaurant, Seattle, with a coveted 7:00 pm reservation.
March 15th: Final Four Championship Game viewing party for six (6) at SPORT on April 2 (up to a $200 value).
April 16th: 2012 TAXDAY.  SPORT pays the winner’s taxes or matches their tax return (up to a $500 value).  SPORT will donate $500 to the winner’s selected charity.*
CHARITABLE RECIPIENTS
The Moyer Foundation
The Moyer Foundation, headquartered in Seattle, WA, was founded in 2000 by MLB, World Series-winning All-Star pitcher Jamie Moyer and his wife Karen. The foundation supports programs that directly serve critical needs of children in severe distress. In addition to helping children in Washington State, The Moyer Foundation created and funds Camp Erin, the largest network of free bereavement camps in the country for children and teens who are grieving a significant loss; Camp Mariposa for children affected by addiction in their families; and community partnerships to help raise awareness and support initiatives that share in the mission of helping children in distress.
Pediatric Cancer Research at Seattle Children’s Hospital
The Center for Childhood Cancer Research seeks to translate new scientific knowledge and technologies into effective treatments that maximize the well-being of children with cancer and the quality of life for survivors of childhood cancer. To realize this vision, the center will broaden its research program to a greater range of pediatric cancers, expand its laboratory-based research initiatives, strengthen its clinical research program in solid tumors and further invest in Seattle Children’s world-class clinical research programs in leukemia and stem cell transplantation (also known as bone marrow transplantation).
Northwest Harvest
In 1967, Seattle community members created Northwest Harvest to feed the hungry.  They continue to fight hunger throughout Washington State through their network of partner food banks, meal programs and high-need elementary schools, providing millions of nutritious meals each year to those in need.  They are Washington’s own statewide hunger relief agency, with a mission is to provide nutritious food to hungry people statewide in a manner that respects their dignity, while fighting to eliminate hunger. Their vision is ample nutritious food is available to everyone in Washington State.
For more information on SPORT Bingo go to http://www.facebook.com/pages/Sport-Restaurant-Bar/304990862292?sk=app_4949752878 or contact SPORT Restaurant at 206-404-7767.