Seattle, WA – I was invited to a private launch event for Corks and Canvas at The Pan Pacific Hotel. The premise of the event was simple: we would paint the Seattle skyline, taste a delicious spread of Seastar fare, and sip exquisite wines made in Washington.

Corks and Canvas was co-founded by Lisa Cryder and Stefanie Hare. Specializing in combining wine tasting, painting, and fun–their events are more like “painting parties”. Their initial business concept was to introduce people to Washington wines by providing samples at their events, which would help increase the sales of local wine.

Their first event was launched in September 2010 and has then since grown. They have more than a handful of locations, offer regular monthly painting parties, and even hold events at guest wineries throughout the state. Their first public event will be launching on June 14, 2012 in the very same lobby bar of the Pan Pacific Hotel.

Upon arrival, I was pleasantly surprised by the transformation of the hotel’s bar. There were rows of canvases, with paint stained red aprons, and matching paint stained brushes. The food was laid out, buffet style, and a flurry of people were already munching.

Chips and dip, one of my favorite finger foods.

Seastar’s version of teriyaki beef. Well seasoned, however, a little heavy on the sauce for my taste. 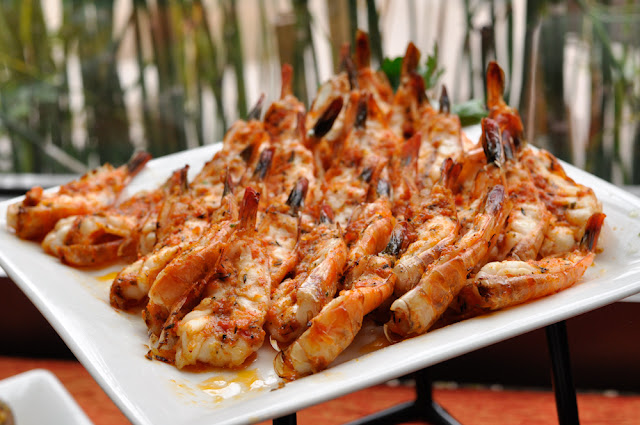 Grilled shrimp, which was fantastic. I’m always very pleased with whatever Chef John Howie cooks up. 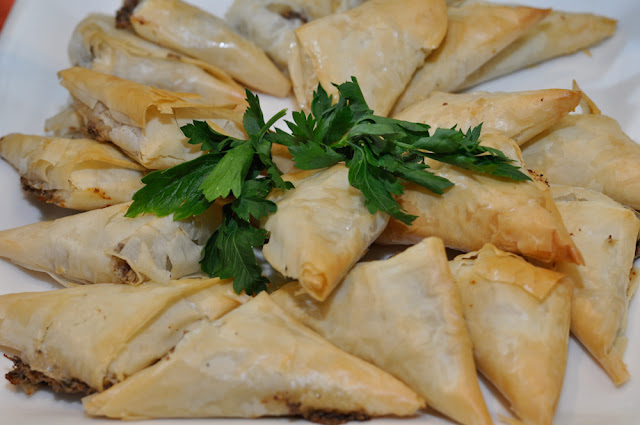 A sort of turnover made with truffles and, I suspect, some sort of cheese.

Various cheeses. Do I smell brie?

And to my excitement the wine glass dwarfed my petite hands. This particular wine was a Stonecap Columbia Valley Syrah.A call to attention was made and Lisa and Angela Bandurka Hoskins (one of their many talented artists) introduced themselves and gave a little speech on what we would be doing that day.
The event became quickly underway and guests were seated at their chosen canvases. We were instructed to first paint the canvas with water. An exciting lesson in acrylic painting continued and soon we were all painting The Space Needle, Mt. Rainier, various skyscrapers and even the moon.

All in all it was very fun. If you’re interested in Corks and Canvas, make sure to visit their website for upcoming Paint Parties and more events. Again, their first public event will be launching on June 14, 2012 in the lobby bar of the Pan Pacific Hotel.