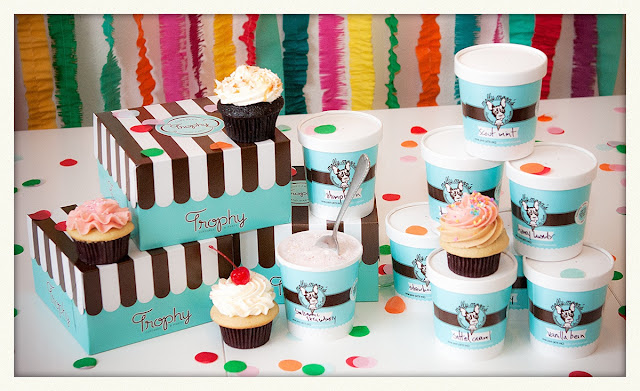 Seattle’s favorite desserts together again for the first time!

SEATTLE, WA – Molly Moon Neitzel of Molly Moon’s Homemade Ice Cream and Jennifer Shea of Trophy Cupcakes and Party today announced a new courtship that is sure to make holiday festivities and party planning simpler and more fun for all of Seattle’s dessert connoisseurs. A sweet partnership that has been in the works for nearly a year, Neitzel and Shea couldn’t be more thrilled to pair their creative and beautifully-crafted treats that have been lauded locally and nationally as the most delicious in their respective dessert categories.

Need another reason to celebrate? Guests who book a party in Trophy’s adorable party room now will have the option of adding Molly Moon’s deliciously creamy ice cream to their party menu. Also, beginning May 12, those who schedule a cupcake delivery via Trophy’s Trophy Mobile can add Molly Moon’s pints to their order. This exclusive partnership is the only way to have Seattle’s favorite cupcakes and ice cream delivered. Let’s party!

“I’m excited to partner with Trophy Cupcakes and Party,” said Neitzel. “I think Trophy’s cupcake loyalists and my ice cream fans will all be thrilled by the convenience of to being able to pick up our tasty treats in seven neighborhoods. Plus, having cupcakes and ice cream delivered together, is an amazing bonus to all our customers!”

“This truly is a match made in dessert heaven,” said Shea. “Partnering with Molly Moon’s is an amazing opportunity to provide all of our guests with Seattle’s most delicious cupcakes and ice cream in a party-perfect way. From birthday parties to office gatherings, everyone will delight in our new one-stop dessert shopping!” 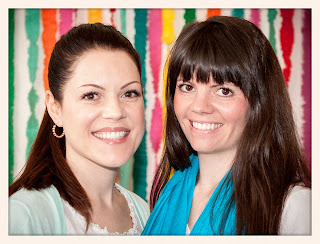 Neitzel and Shea have long admired each other’s brands and couldn’t think of a more natural fit. Both Molly Moon’s and Trophy Cupcakes are passion projects for Neitzel and Shea with every aspect of their businesses thoughtfully crafted and aimed to excite their customers.
Curious about the 13 holidays you’ll be able to find Trophy’s four-pack of confections at Molly Moon’s locations? Please refer to the schedule below:
Mother’s Day weekend 2012 – Sat., May 12 and Sun., May 13
Memorial Day weekend 2012 – Sat., May 26, Sun., May 27 and Mon., May 28
Father’s Day weekend 2012 – Sat., June 16 and Sun., June 17
Last Day of Seattle Public School 2012 – Wed., June 20
Independence Day 2012 – Wed., July 4
Labor Day weekend 2012 – Sat., Sept. 1, Sun., Sept. 2 and Mon., Sept. 3
Halloween 2012 – Wed., Oct. 31
Day before Thanksgiving 2012 – Wed., Nov. 21
Hanukkah 2012 – Sun., Dec. 9 through Sun., Dec. 16
Day before Christmas 2012 – Mon., Dec. 24
New Year’s Eve 2012 – Mon., Dec. 31
Valentine’s Day 2013 – Thurs., Feb. 14
Easter weekend 2013 – Sat., March 30 and Sun., March 31
Molly Moon’s and Trophy, located in seven of Seattle’s neighborhoods, for additional information about Molly Moon’s Homemade Ice Cream, please visit mollymoon.com. To learn more about Trophy Cupcakes and Party, please visit trophycupcakes.com.
About Trophy Cupcakes and Party
Opened in 2007, family-owned Trophy Cupcakes and Party is a labor of love, operated by husband and wife team Michael Williamson and Jennifer Shea. Trophy Cupcakes and Party are Seattle’s premier cupcake boutiques where careful detail, the finest ingredients and artistry elevate each miniature confection to party perfection. As is evident by being named the Best Cupcake Shop in the 2010, 2011 & 2012 Readers’ Choice poll in Seattle Magazine, voted Best Cupcake 2010 by Seattle Weekly, and Best Seattle Bakery and Best Dessert by Citysearch Seattle 2010.
Every single element of a Trophy Cupcake, from the European chocolate, Madagascar Bourbon Vanilla and local sweet cream butter to the hand-piped buttercream, French sprinkles and custom decorations, make for an experience that goes far beyond dessert. It’s dessert with a fancy party hat on top!
Trophy Cupcakes and Party’s retail locations can be found at Wallingford Center, University Village, The Bravern in Bellevue and downtown Seattle’s Pacific Place. For more information about store hours, daily flavors, and special flavors, please visit Trophy Cupcakes and Party online. You can also follow Trophy on Twitter @TrophyCupcakes and Facebook at http://www.facebook.com/trophy.cupcakes
About Molly Moon’s Homemade Ice Cream
Molly Moon’s Homemade Ice Cream was recognized as Seattle Magazine’s Readers’ Choice for Seattle’s Best Ice Cream Shop in 2011 and 2012. And, in 2011 as one of Seattle Business magazine’s 100 Best Companies in Washington to Work For, and as one of the Top 25 Ice Cream Spots in the U.S. by Food & Wine and Travel + Leisure magazines. A leader in the city’s efforts to create the paid sick leave act for small businesses, Seattle’s favorite ice cream boutique proudly created 30 jobs in 2011 and generously offers employees who work a minimum of 25 hours per week a paid-in-full medical benefits package. Neitzel’s inspirational leadership earned her one of the coveted spots on the Puget Sound Business Journal’s 2011 40 Under 40 list, and Molly Moon’s Homemade Ice Cream was honored as the 2011 King County Executive’s Small Business of the Year.