Capitol Hill – Q Nightclub will open in a dramatic, converted auto rebuild space at 1426 Broadway at Pike Street in the Capitol Hill neighborhood of Seattle. The 12,000-square-foot club is tentatively slated to open to the public Saturday, September 8, 2012.

Fueled by Seattle’s eclectic music scene and owners who were previously deeply involved in the New York City club scene, Q will give Seattle a space that gets back to the basics of what a club should be about: the best DJ’s on the planet playing on the finest sound system while also having the club act as a laboratory for emerging local musical talent. A club that has stunning interior design and lighting, and provides impeccable service to its customers, is also a must.

“We want to avoid the elitist attitudes of upscale lounges with separate VIP areas, and instead provide our customers with a cohesive, immediate relationship to the DJ, music, people, and the club itself which, ultimately, is the real star here,” says Scott Smith, managing partner of Q.

At Q, everyone is welcome. Open seven days a week, Q will serve as both an intimate lounge in the early evening and a full-blown nightclub later on, with the space easily convertible for their patrons comfort. The club will be able to provide a highly flexible configuration for a vibe appealing to those coming in after work for a cocktail and conversation as much as to those showing up for a night of dancing.

“People will be able to come to Q on any day of the week and experience quality music with an upbeat appreciative crowd. Our customer, can also expect a strong thematic musical connection with regard to the music we play, as well as the live performances we feature throughout the week,” say the club’s owners. 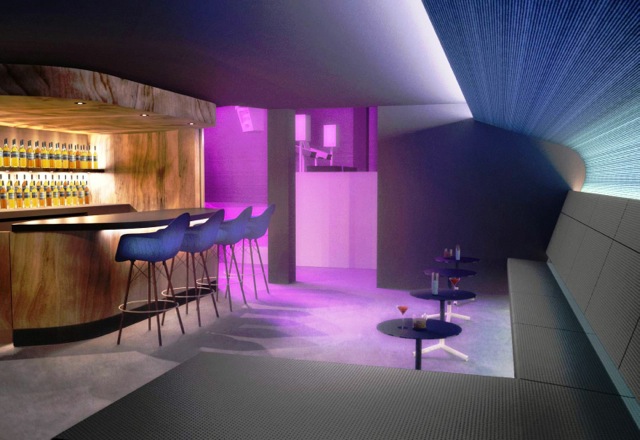 Q aims for the careful selection and presentation of all the right ingredients to bring in an eclectic and appreciative crowd.
That presentation includes an incredible list of talent that its owners freely and proudly give credit to:
Ken Batali and Ryan Schmitt will develop the bar program, which will present a unique take on specialty cocktails and feature a vast collection of American bourbons. Schmitt, an experienced restaurant and bar operations specialist, will also oversee the bar program and daily operations of the club as General Manager.

“Our goal has always been to cultivate as broad and eclectic a customer base as possible, but one that has a matured and cultivated appreciation for the kind of music we want to be known for — electronic music,” says Smith.

With that aim in mind, Q is uncompromising at every level—a bit glam and a bit chic, but still very Seattle casual through and through, with service and presentation that will set Q apart.