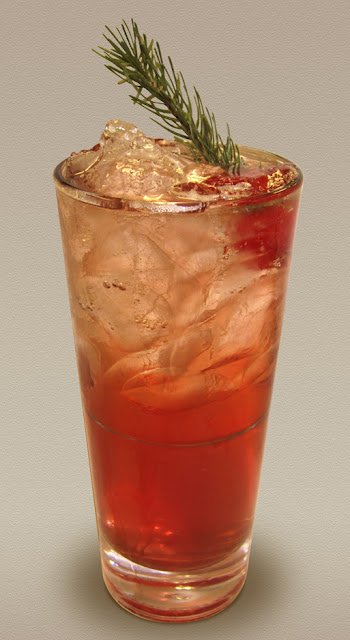 Build all ingredients over ice in a tall glass. Garnish with a sprig of Douglas Fir.

The Naughty and Nice List (booklet) featuring 58 cocktails made with broVo liqueurs, is available free of charge at all participating restaurants.

broVo founders, Mhairi Voelsgen and Erin Brophy are dynamos on a mission. The two former colleagues and now business partners attended distillery school in 2010, then made their first cherry brandy on a still named Shania. They worked for months to perfect the recipes, then committed to using small farms across the state to grow and harvest the product, small craft distilleries to make it, and now are working with small businesses to support it. This past fall, broVo released 4 liqueurs, all made with botanical ingredients grown in Washington State. The liqueurs are designed to be ‘more nose than palate’ – they smell amazing, but the taste is not overwhelming. Designed to have a light and luscious mouth feel, they are delicious in cocktails or straight up on ice as a sipping liquor. They are made from ingredients harvested at the peak of their season, shipped overnight on ice from across the state to be slow distilled in small batches to maximize the flavor profile. In December they released their fifth liqueur- lavender.

Product Sheet Lemon Balm: It’s light, bright and refreshing! The lemon balm is grown in Northport, Washington , harvested after flowering and overnighted on ice to maximize the flavor. This flavor is a natural addition to most cocktails that use a lemon or citrus flavor. Lemon balm is effective in all types of liquor and pairs well with other broVo flavors.

Rose Geranium: Move over elderflower, this softer, more gentle show stopper is stepping on in. It is a delicate, difficult plant to grow effectively and is impacted greatly by weather. We have grown it under hoops this year because of weather. Rose geranium is a very limited flavor. Rose geranium works with everything from vodka and gin to tequila, bourbon and rum.