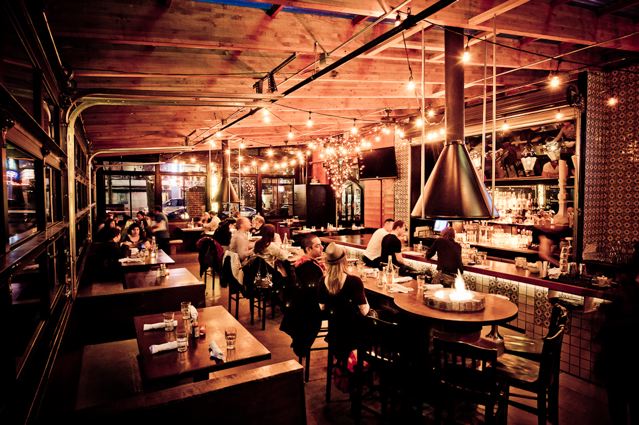 SEATTLE, WA – On February 19 an avalanche at Stevens Pass took the lives of three passionate skiers devastating the ski community and beyond. On Monday, April 2 Poquitos is throwing an Après-Ski fundraiser in memory of their friends and to raise money for the families of Jim Jack, Chris Rudolph and John Brenan.

Après-Ski will take place on the patio with the garage doors open wide and the fire pits ablaze – everyone is encouraged to wear their best after ski attire.  The doors open at 4pm and the evening’s festivities include a silent action that will end at 8pm, a plethora of raffle items that will be awarded throughout the evening, and tunes by DJ Mullet.

Chef Manny Arce will be box roasting two whole pigs and making street tacos for the crowd to enjoy for $2. El Jimador tequila shots and margaritas, Manny’s Pale Ale, Victoria lager from Mexico, and Elysian’s Immortal IPA will be available to raise a glass. All proceeds from the sales of the street tacos and the above mentioned liquor and beers benefit the families.
“This fundraiser idea came together at record speed,” say Rich Fox, Poquitos operating partner and general manager.  “The response of the ski and snowboard vendors and local community has been overwhelming and very moving. I think many people have been looking for an outlet to celebrate the lives of these three great men and to help their families and we’re so happy to be able to put on an event like this.”
Housed in a 1912 brick building in Seattle’s thriving Capitol Hill neighborhood, Poquitos serves authentic Mexican food created by chef Manny Arce. From the fresh made tortillas and guacamole stations to the thoughtfully sourced products, creative cocktails, and extensive collection of tequilas, every aspect of the restaurant is stellar. Owners, James Weimann and Deming Maclise, spent time traveling in Mexico City, and their inspiration is apparent in the stunning design and inviting atmosphere they created in the restaurant.
Poquitos is open seven days a week at 11:30am. Happy hour is daily from 4pm to 6pm and 11pm to 1am in the bar area and on the patio. Dinner is served from 5pm to 11pm. For more information or reservations, call 206.453.4216 or visit www.vivapoquitos.com.
Poquitos is located at 1000 East Pike Street (corner of 10th and Pike) on Capitol Hill in Seattle.