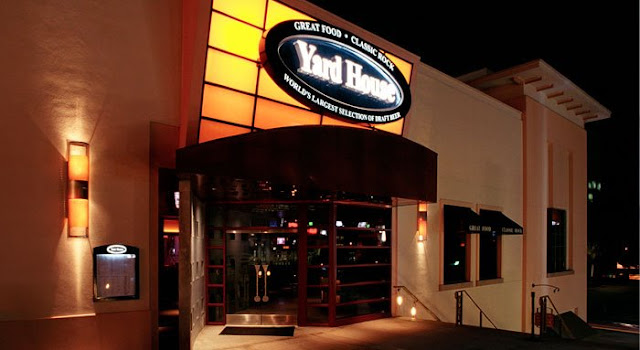 SEATTLE, WA – For those who’ve destined to Yard House in other parts of the world such as Hawaii, California, Florida and Arizona to name a few, you probably know exactly why we’re excited about the expansion to Seattle, Washington.

The owners have signed a lease for 12,600 square-foot at Century Square off 1501 Fourth Avenue, taking over the the previous Borders Books store.  The “American fusion” style cuisine will offer guests a whopping 130 beers on draft, an excellent selection of martini’s and music that will get your feet moving to classic rock.


About
Yard House is the creation of founder and entrepreneur Steele Platt, who came up with the concept shortly after relocating from Denver to Southern California in the early 1990s. Platt, along with partners Harald Herrmann and Carlito Jocson, wanted to create a restaurant that would offer one of the largest selections of draft beers, a diverse menu of American fare, and play a heady selection of classic rock music on a state-of-the-art sound system. On December 7, 1996, the flagship Yard House opened along the Long Beach waterfront in Southern California.