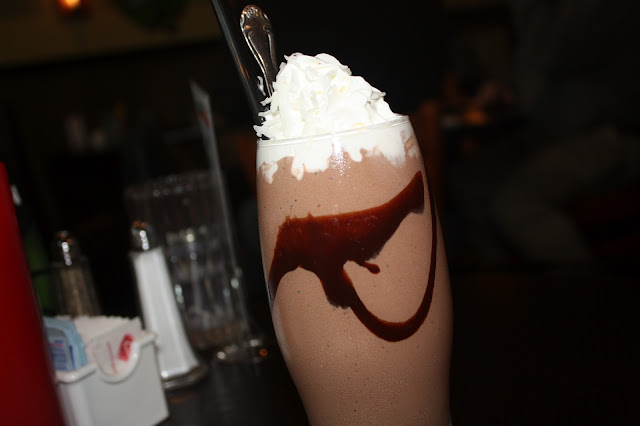 SOUTHLAKE UNION – Since its original location in Ballard and now at their new locations in Southlake Union and Bellevue, Lunchbox Laboratory has received rave reviews about their delicious, fully loaded burgers. Some favorites featured on their menu are the “Burger of the Gods” a rich, juicy beef patty, bleu cheese, balsamic onions, and gorgonzola spread and “Truffle Love”, a beef patty with a STACK of bacon, onions, more bacon, and truffle mayo.

You can also build your own burger, choosing from protein choices of beef, chicken, lamb, and “dork” which is a combination of duck and pork. Choose between regular fries, sweet potato fries, housemade chips, potato fries, and most notable, tater tots. Tater tots remind me of elementary school cafeteria food and Napoleon Dynamite. They are a thing to cherish. Next comes sauce selection; there are more than 15 options, including Satan’s Tears Ketchup, Pineapple Mayo, and Jalapeno Ranch!

However, most people have long heard the delicious news of Lunchbox Laboratory’s gourmet burgers.
So, let’s talk shakes. Their shakes don’t get nearly the amount of praise they deserve. Of course there’s the classic flavors like vanilla, chocolate and oreo, but there’s so much more! There’s banana creme pie, butterfinger, almond joy, nutella, and reese’s peanut butter to name a few. When I first eyed these flavors on the menu during my first visit, I squealed and clapped with excitement. My favorite candy bars mixed with ice cream?! It’s a double win. Over several visits, I have enjoyed the Nutella, Almond Joy, and Reese’s Peanut Butter shakes. Eventually, I want to try them all, including their “boozy” shakes, especially “The Drunken Elvis” with vanilla ice cream, graham cracker, peanut butter, banana, Malibu Banana, Absolut Vanilla, and Baileys (can you say “yum”?) If you’re a first-timer and you like Almond Joys, you will love the shake. It tastes exactly like the candy bar in milkshake form! It’s thick and creamy.. a refreshing drink and dessert in one!
Be sure to check out LL’s new daily happy hour from 3-6PM and 9PM-close featuring drink specials, 3.99 shakes, and deals on old-fashioned cheeseburgers and appetizers.
Pictures: Nutella Milkshake, Me about to enjoy a Truffle Love burger and TOTS!


Contributing Writer
Whether it’s eating, taking pictures, or cooking, Jenni Liu has always had a passion for food. Her days are spent in an office, her nights baking up a sugar storm for her online business (Jenni’s Sugar Shop). As a Bellevue native, she was seeking a place to share her foodventures in the city. She is excited to join the team!